We Should Do a Better Job With Eating Disorders and Addiction! 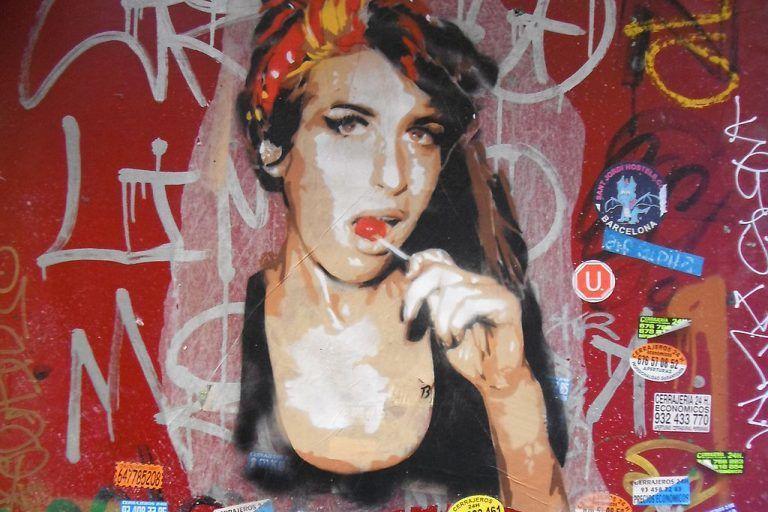 Not long ago, I watched a documentary about Amy Winehouse that you’ve probably already seen. It’s called Amy and came out in 2015. I’d wanted to watch it for awhile, but never get around it.

It packs a punch.

Some of the most fun parts are watching Amy Winehouse performing at the beginning of her career. Her songs are esoteric, talky, and full of clever jabs. Her guitar is sparse and her voice is unmistakable. In the video footage she records with her friends from that time, she’s full of swagger and insecure at the same time. She’s a teenager.

But the overall effect of the movie is, of course, sad. That she’s lost, she’s gone, and that she suffered so much. Like so many young people whose deaths are related to their addictions, Amy Winehouse’s story begs the question of what we could do differently.

Maybe she would’ve died no matter what. But there’s something absolutely grotesque about her up on stage for years singing “Rehab” at the behest of the music industry machine while her addiction remained inadequately addressed. I believe we could have done better than that.

The thing about Amy Winehouse is that she didn’t “just” struggle with addiction: she had a serious eating disorder. Although there was some public acknowledgement of her addiction—and she did, in fact, go to rehab—there was absolute silence around her bulimia.

Although the corner’s report listed the cause of death as alcohol intoxication, the organ damage precipitated by years of bulimia had reduced her body’s ability to withstand heavy alcohol use. That combination led to her death.

For more on Amy Winehouse’s death—and bulimia’s contribution to it—read the Pitchfork article, “We Need to Talk About Amy Winehouse’s Eating Disorder and Its Role in Her Death.”

Amy Winehouse was not unusual. Research shows that substance use disorders (SUDs) go hand-in hand with eating disorders (EDs), particularly binge eating and purging behavior. One analysis found that people with bulimia are 4.6 times more likely to be diagnosed with an SUD than the general population. Researchers have had trouble entangling the how and why of this connection (is it genetic? are there shared personality traits?) but the evidence points to a strong connection.

Not unexpectedly, the presence of an ED is linked to poorer recovery outcomes in SUD treatment, and vice versa.

Treatment Providers Need to Address Both

Although there have been calls for integrated treatment of SUDs and EDs, these services are rarely available. What’s more feasible is that treatment centers for either condition effectively screen, recognize, and provide referrals for the co-occurring disorder. Surveys indicate that somewhere between one half and three-quarters of addiction treatment providers are screening for EDs, which is not enough.

According to SAMHSA, addiction treatment centers can use the following validated screening tools for EDs:

As ED symptoms may emerge over time in addiction treatment, it’s important to perform regular screenings and assessments, rather than just at intake.

In order for a treatment center to provide an effective referral to patients with EDs, the program should have information about ED treatment programs, in addition to local support groups. Overeaters Anonymous and Eating Disorders Anonymous are both open to all, and free.

Finally, treatment centers should provide psychoeducation about the specific risks of disordered eating in the context of an SUD.

As we know, only about 10% of people with diagnosable SUDs will receive specialized addiction treatment. Therefore, the impact of ED screening in treatment facilities (while important) will only affect a minority of people with co-occurring EDs and SUDs. Which means it’s up to the rest of us to pay attention.

First, we need to pay close attention to adolescents. As health or human service providers, educators, and community members, we should be aware that adolescence can be a perfect storm for SUDs and EDs.

Gregorowski et al. (2013) describe adolescence as both a time of “increased susceptibility to socio-cultural pressures towards thinness” and “risk-taking behaviour including substance use.” They observe that for adolescents, both substance use and disordered eating can be a strategy to regulate emotions. All of this occurs in the context of reduced parental support.

“The high rates of concurrent EDs and SUDs found in adolescents…highlight the importance of accurate assessment and intervention for this population,” they conclude.

Parents and anyone who works with youth can pay close attention to the development of EDs or SUDs, and be aware that overlap is common. Amy’s mom, Janis, recounts in the documentary that her teenage daughter had made a casual remark to her one day about food. She’d told her mother that she’d figured out a brilliant way to avoid gaining weight: throwing up after meals.

Janis said she hadn’t taken the comment especially seriously. She’d thought it was a phase. If she had it to do over again, she could have responded to Amy’s comment more directly and made an effort to continue having conversations about emotions, weight, and eating. During those conversations, she could also have touched on alcohol and drug use, including the risks of substance use on an empty stomach. Over the course of time, she could have connected to support for Amy, as well as herself.

Second, we need to remember that just because something looks good, doesn’t mean there isn’t a problem. As a society, we celebrate people whose behavior comes right up to the edge of both SUDs and EDs, which is a dangerous game to play with ourselves and each other. Like many young women, Amy Winehouse liked to party. She was also very thin. We celebrate those traits in our society.

When we don’t like how something looks, we’re more likely to assume there’s a problem. For example, when Amy began using heroin and crack cocaine, her behavior became erratic and her appearance unkempt. The world took notice, often viciously. But no one paid enough attention to her alcohol use and her disordered eating. And those are what eventually killed her.

Recovery Direct is a specialised dual addiction and eating disorder treatment centre based in Cape Town that maintains a standing track record of successfully helping many clients understand the forces that are driving their behaviours and to ultimately come to terms with these forces through supportive, caring and progressive therapy frequently based on past traumatic experience resolutions.