Everything You Need To Know About Adderall Addiction 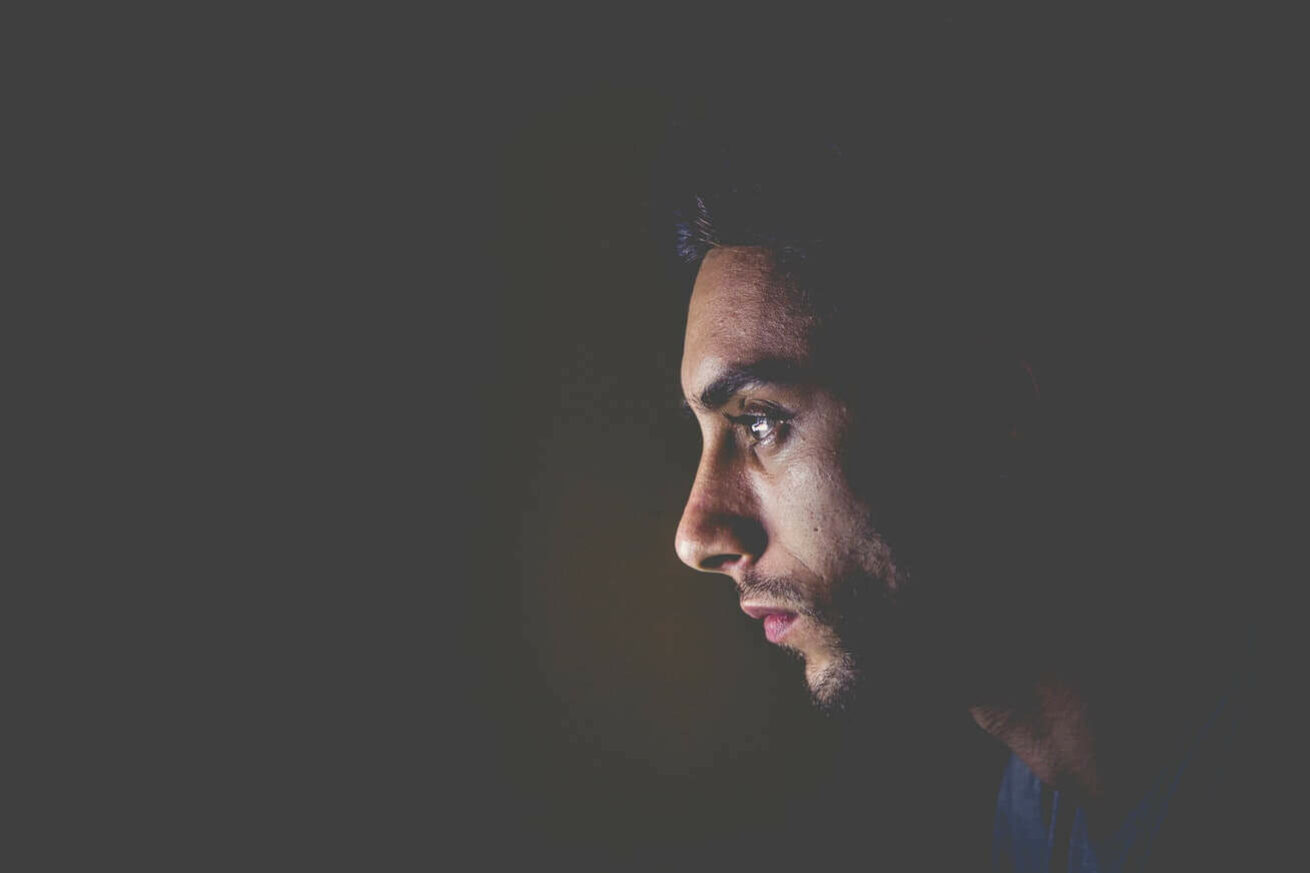 Did you know that Adderall is almost chemically identical to amphetamine and methamphetamine? Their similarities go beyond their chemical compositions; these powerful stimulants share some of the same side effects and are seen as equally dangerous.

While not legally available in South Africa, Adderall is a commonly abused stimulant in the USA. As a Schedule 8 drug it is very hard to be prescribed by local medical doctors who more frequently prescribe Concerta or Ritalin in treating ADHD cases.

Adderall is frequently used as a prescription drug in the ongoing treatment of (ADHD) attention deficit hyperactivity disorder and narcolepsy. It is also used as a cognitive enhancing drug, and often also used recreationally as an aphrodisiac and/or a euphoric experience drug. The medication is a mixture of stereoisomeric amphetamine salts and inactive ingredients.

While these may be the most sought after effects of amphetamine, the drug also contains many side effects, such as:

This is by no means a comprehensive list of side effects to Adderall; yet, they are some of the most frequent negative effects. Because amphetamines are active compounds in both Adderall and methamphetamines, all three types of drugs share the above side effects to varying degrees.

Amphetamine vs. Adderall
Amphetamine was first introduced in 1934 and used as a decongestant medication. ( Decongestants like Sudaged are also usually used to make methamphetamine via the shake and bake method, a simplified process that is partly responsible for the wide range of drug availability).

Over the years, as researchers understood the substance, it began to be prescribed for the treatment of other disorders, such as narcolepsy and overweight. The efficacy enhancing effects of amphetamine may have led to its use in the treatment of ADD and ADHD. It comes in the form of Adderall, Ritalin, Concerta and other similar stimulant based medications.

Adderall and other ADD/ADHD drugs combine amphetamine with dexamfetamine, another member of the stimulant family. Together, they create a mental environment conductive for increased concentration and performance, for those who have an over-average difficulty in keeping focus.

However, over the years, ADD and ADHD have represented a relatively small percentage of Adderall users. The majority of people taking Adderall have no recipe; they are students, athletes, night workers, and everyone else who wants to keep awake and gain a boost of concentration. Adderall, like many other ‘smart drugs’ provides this. But because Adderall has an effect that is very similar to methamphetamine, it is also as addictive and dangerous.

The difference between Adderall and Ice
In short, Methamphetamine, or Ice, is a much more intense version of Adderall. Clean chemically, Adderall is very similar to methamphetamine. In fact, Adderall and ice are almost identical, as Ice only has a simple methyl group attached to the chemical compound. 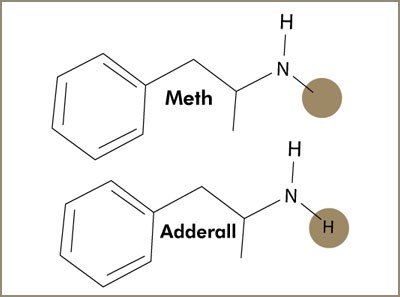 The difference between Adderall and Ice
But this small chemical difference equals a significant difference in the speed and intensity of how it interacts with the brain, and thus how its use is perceived by society.

Methamphetamine crosses the brain’s blood barrier very quickly, producing a much greater amount of substance than Adderall. The speed of the moment in which methamphetamine “strikes” the brain is also the reason that it is seen as much more addictive and especially dangerous. The aforementioned side effects for amphetamine are enhanced for Ice.Methamphetamine, unlike Adderall, has not been approved for any medical use.

While Adderall is approved for the treatment of children down to the age of 3, methamphetamine constantly creates hysteria with videos of psychoses created by the drug, documentaries about the incoming epidemic and “before and after meth” photo comparisons.

Treatment for amphetamine Adderall addiction
There are many differences between Adderall and Ice, but the fact is that they both can lead to addiction.

At Recovery Direct, our highly specialised and experienced personnel are certified to treat a variety of addictions, including addiction to amphetamines in all forms.

Our holiday resort-like facility is the perfect place for recovery from dependence, and our treatment method boasts a 96% success rate. If one of your friends or family is addicted to any of these stimulants, we can help. Contact us today.