Bringing Yoga Into Your Recovery 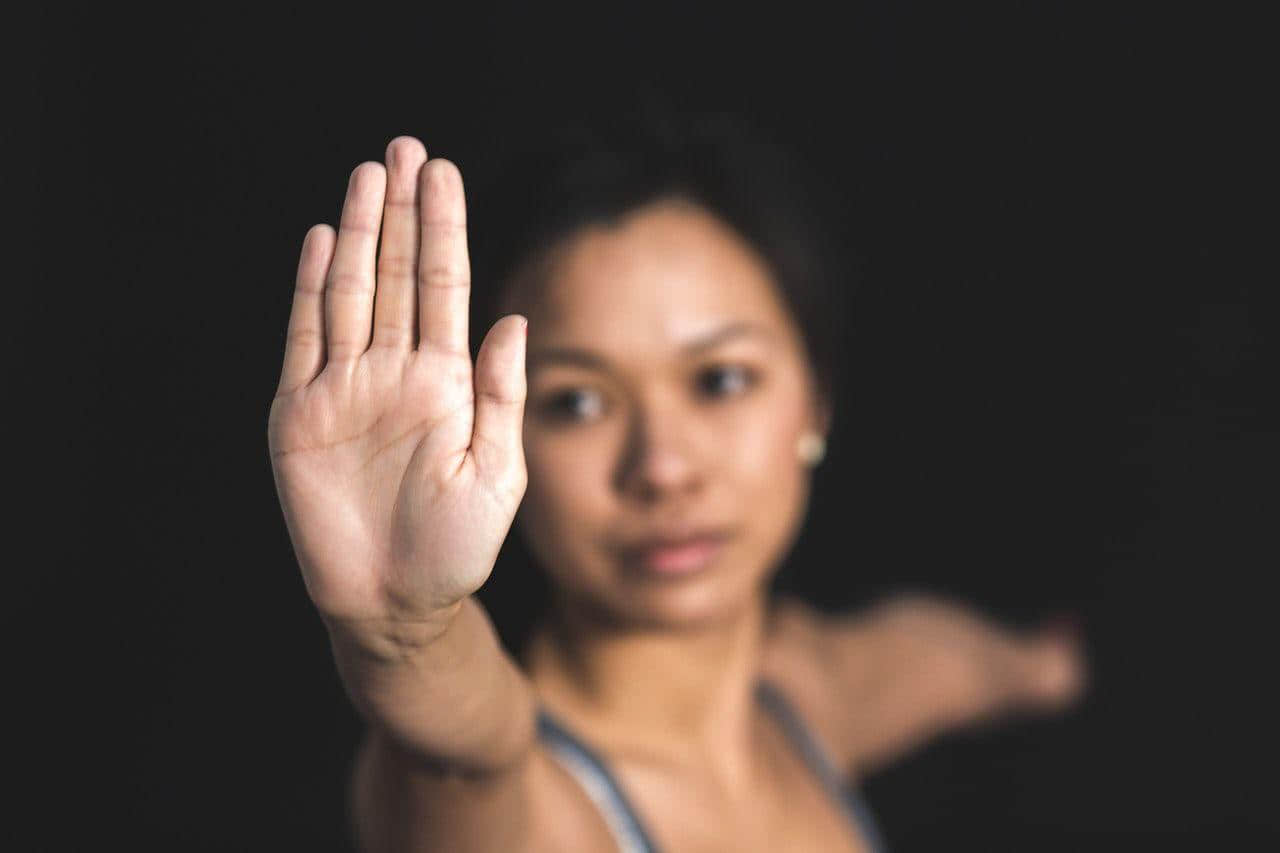 Many yoga practices can go a long way towards helping people that are recovering from addiction issues after formal treatment. The practice of Yoga stems from ancient India and is often touted as the optimal connection to establishing both a physical and mental well-being.

Yoga uses physical movement techniques to target parts of the brain and nervous system which would have been affected by substance use issues. Yoga will enable you to actively work on strengthening more of the systemic support structures between, your mind, body and spirit. Yoga does this by creating an awareness of your physical self and spiritual connections within yourself and the outside world, through physical actions.

In terms of a form of therapy, yoga is something that you can continue to practice privately or in groups throughout your lifetime. As an activity, it restores personal calm and clarity and has group and socialisation. Other spinoffs include reducing health risk factors like high blood pressure and heart disease, as well as the management of interrelated stress, anxiety and depression. Yoga therapy for recovery is often most effective when used in conjunction with talk therapy and mindfulness-based clearing practices such as meditation.

Yoga studios are readily available around the world and it is relatively inexpensive to attend classes or do it on your own.

When it comes to yoga as it is designed to be a personal exercise, so you can’t actually go too “wrong” with a good instructor to guide you through what you need to do, you take in as much as you are comfortable with. All you need foster is an internal willingness to try yoga out, follow the exercises and absorb your interpretation of the experience.

The activity in yoga is designed around body postures, breathing and meditation techniques, in turn, these will also enhance your physical strength, the ability to relax on your own. While yoga stems from Hindu culture and is said to also restore spiritual connections it is not considered to be a religious practice.

While the mantras and chants primal sounds mostly there to awaken or connect to your subconscious mind and promote self-awareness and self-empowerment.

In essence, yoga as a modality simply helps you to recognise, accept and embrace your physical, mental and spiritual self. Which is exactly what anyone needs to design their life around personal growth and recovery.

With a focus on maintaining your physical and mental state, the immediate benefits of yoga include improving your mood and your sense of well-being.

Yoga in early addiction recovery often serves as a mindful practice and component to starting to establish better, healthier routines and behaviour changes. For this reason, it has been adopted by many recovery centres around the world.

Some Of The “Science” Behind Yoga and Recovery

Certain formats of yoga are practised with a more specific intent regarding addiction / personal recovery. As a PTSD and CPTSD treatment centre, with a focus on addiction disorders, we are well aware that both body and mind are affected by trauma-related responses.

In working to subdue these effects and responses and to rapidly help patients reach their recovery objectives within short time frames, our research has led to the practice of Kundalini Yoga.

Perhaps one of the leading proponents to trauma-based recovery is Dr. Gabor Maté. While not a direct advocate of Yoga, Dr. Maté’s associated beyond addiction programme directly emphasises the practice of Kundalini Yoga, which is interesting because Maté himself does not practice yoga.

So How Could Yoga Work?

The fallout of trauma is that your body responds to triggering events by producing stress hormones which include cortisol, adrenaline, norepinephrine etc. These chemicals force your body into a “high alert” state, ready to fend off an attack, run away, or stand by ready to take a heavy hit.

The physical experience of feelings of fear or anger happens from the neck down, thus muscle tension is created in the core muscles to protect vital body organs as if you were actually in for a physical fight, or poised to run away from a threat.

However, in modern times these “threats” or “triggers”, “stressors” or “aggressors” seldom involve actual physical attacks or contact. More often than not you are under no physical threat whatsoever. Yet the body still reacts as if it were in a threatening situation by producing and overproducing these “fight or flight” hormones.

These hormones are designed to give you a physical edge in a fight, yet if you are not running, fighting or taking a physical hit, the natural body release systems to dispose of, or flush the stress hormones after the threatening event has passed, simply cannot take effect. The body is thus left in a stressed state awash with cortisol and adrenaline ready to fight; without a fight to be had. Core muscle tension places strain on the spine and upper neck and back muscles (causing a host of stress-related issues such as tension headaches and other back pains) as well as distorting many cognitive brain functions.

The human body physiologically was just not designed to live under constant stress which is why the bombardment of constant stress hormones pose the many health risks mentioned earlier.

Many yoga poses and methods of delivery, including the breathing, stretching and holding movements, holding space and presence, work by opening up core muscle groups with actions that activate the physical release of stress hormones and bring the mind back into check.

Yoga to some degree replicates the entire cycle so that when the body and mind see that you are “out of danger” and form new pathways to healing by flushing of stress hormones. While the cognitive acknowledgements of “triggers” as seen in mindfulness yoga and meditation can create the “out of danger” states, which in turn permit the ease and calm state.

These primitive responses are most often involuntary and operate on such subconscious modes that we are seldom cognitively aware of their existence. In stressed states our minds “disconnect” from our physical bodies and the “autopilot” responses not consciously aware of how our body and mind are being affected by these stressed states.

So where does Kundalini Yoga fit into this?

What you’ll learn with Kundalini Yoga 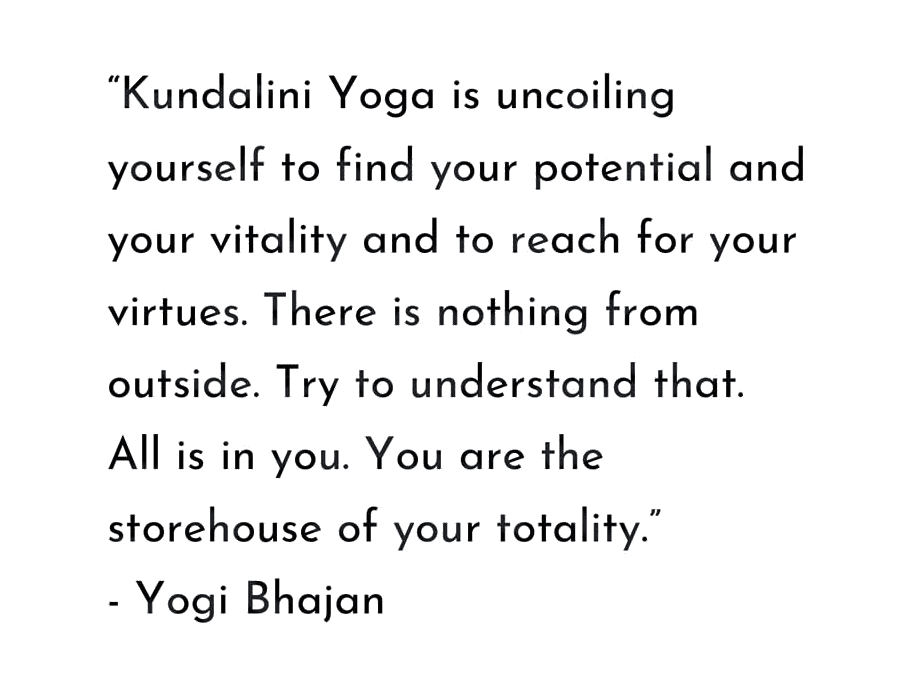 The motions and poses or “bodywork” of Kundalini Yoga are not intended to just be stretching exercises accoding to many scholars.

The idea is about establishing a “life energy” which is the core of Kundalini Yoga.

Kundalini Yoga pays specific attention to the function and restoration of the of the spine, endocrine and nervous systems through a series of yogic awakenings that facilitate physical, emotional and spiritual connections.

The effectiveness of this practice has sparked increasing interest from within the medical community in both the physiological and psychological practices. Using both meditation in combination with Kundalini Yoga to challenge more significant changes in patients and adoption of Kundalini based practices into Western clinical work.

Kundalini Yoga in The Centre

As a trauma and evidence-based recovery programme, we are in a constant state of revision and development. As new evidence emerges we revise the programme and look at practices that serve to better ground and authentic and expedited recovery experience.

In looking into the adoption of yoga more specifically Kundalini Yoga, as an integrated part of the therapeutic care programme at Recovery Direct.

We recently started conversations with Steve Borloz and Tamzin Williams at the Recovery Festival. In a few short exchanges with Tamzin and Steve, we found two individuals that are not only passionate about Kundalini Yoga for addiction recovery but who are deeply knowledgeable across the board of both topics. We were invited to attend a class at GuruRamDas yoga studio in Cape Town. This studio is dedicated to the practice of Kundalini yoga and by all accounts has some solid street cred within the yoga and recovery community.

The Swiss psychiatrist Carl Jung was a psychoanalyst that founded the concept of modern analytical psychology. We selected him as many of Jungs quotes still echo through mainstream media and thus would be identifiable to a wider community.

Jung’s work was highly influential in many fields including psychiatry, literature, philosophy, and theological belief studies. Carl Jung was an early supporter of Sigmund Freud and collaborated with him on many shared interests with particular focus on the unconscious or subconscious mind for psychoanalysis.

Jung created some of the best known psychological concepts, including synchronicity, archetypal phenomena, the collective unconscious, the psychological complex, and extraversion and introversion.

Jung believed that the comprehension of Eastern thought was essential if Western psychology was to develop and placed a great deal of emphasis on the use of Kundalini yoga. The book Psycology of Kundalini Yoga is a culmination of lectures that he gave on the topic of Kundalini Yoga and remains on of the cornerstones of many subsequent studies in into the crossng of “Eastern” thoughts and practices into modern “Western psycology”.

From the Back Cover of this book
Jung’s seminar on Kundalini yoga, presented to the Psychological Club in Zurich in 1932, has been widely regarded as a milestone in the psychological understanding of Eastern thought and of the symbolic transformations of inner experience. Kundalini yoga presented Jung with a model for the developmental phases of higher consciousness, and he interpreted its symbols in terms of the process of individuation. Sonu Shamdasani has brought together the lectures and discussions from this seminar for the first time

The takaway of Kundalini Yoga and meditation practices are effective in helping to identify and resolve self-defeating behaviours. Kundalini does not mask physical and emotional pain, yet simply guides you to uncover and the release the pain and trauma. It provides you with the space to heal, to understand yourself and your body and explore who your actually are, and how you are connected to the rest of the world.

If you don’t have a healthy hobby, certainly you should just try Kundalini yoga for a while.