Dealing With Denial of Substance Use Disorders 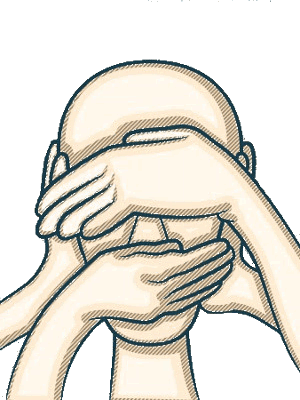 Substance use disorder patients rarely manage to reduce or stop their consumption.

It requires more than willpower. People with substance use issues are torn by emotional upheavals which they often attempt soothe using substances like drugs or alcohol.

Willpower does not heal emotions. so even if they stop, the unresolved feelings eventually overpower their self-control and they relapse. By promising to heal themselves, they employ partial denial – they may admit that there is a problem, but deny that it is severe enough to require professional therapy.

Denial is seldom a deliberate lie. Many people internally convince themselves into believing that they do not have a problem. Others honestly believe they can heal themselves and truly intend to fulfil their promises. However, most people have a further self-perpetuated fear of being separated from their substance and resort to lying or bending the truth to prevent it from being removed from their life. The prospect of going for treatment and having the substance instantly placed beyond their reach creates anxiety and forces them to deny the true extent of their problem.

Partners, friends, family members and co-workers sometimes participate in the denial process. They are called co-dependents. They do not abuse any substances, but they protect the abuser by hiding the problem from others or perpetuating or enabling the cycle in some way. They frequently take care of and protect the person with the disorder by performing duties on their behalf. This reinforces the process of denialism because the behaviour of the co-dependents gives them a reason to think that the situation is still under control and, of course, the person with the disorder prefers to keep things as they are, and the addiction cycle perpetuates.

Co-dependents themselves feature in the cycle of denial – they justify their act of enabling the person by denying or diminishing the problem in their own minds. They employ an automatic mental defence mechanism to shut down reality and to focus on thoughts presenting their acts as worthy and necessary. This misleads them to support the affected person’s denials when an external person tries to intervene in the cycle.

There is a popular view that people only stop denying a problem when they hit “rock bottom”. The term “rock bottom” sounds like the lowest, harshest level of life, but this can be misleading. Every person has their own version of “rock bottom”.  It need not be extreme, like homelessness. It can be reached at any point where they lose something they value more than the relationship to the substance. Even just the loss of a good friend may be the turning point for some. To stop the denial, they need to know that they have reached their personal level of “rock bottom” and often that realisation can be helped along simply by having a conversation with a registered psychotherapist or a trusted friend.

People in states of denial frequently resist treatment. Someone with a serious substance problem may well be aware of it, but deny the severity and downplay their need for the actual treatment. They offer many arguments to avoid it. In many cases, people who try to help are not skilled enough, so they are easily defeated and the problem continues. It frustrates helpers and keeps the victims from accepting a path that will improve, even save, their lives.

Denial, whether outright or partial, must be overcome before the affected individuals will consent to treatment. This can be done by means of a mindful intervention by a person or a group of people who are trustworthy and properly prepared for it. The person or group will understand the core issue, express feelings, give support, relate and find a neaningful path for treatment.

You must be well prepared for an intervention. It is a delicate event and denialists will already have a myriad defences in place. You, or the group, will fail if you fumble and it will make your next attempt more difficult, as you will simply be dismissed as ignorant when you approach them again. Do not assume you know enough. General advice can confuse and mislead. The best option is to see an experienced rehabilitation therapist for personal guidance regarding your particular situation.

We often struggle to understand why abusers deny a problem that is so obvious to everybody around them, and why it should require intervention, but harmful denial is actually common to all people, it is not just reserved for people with addictions, it is a primal human being trait. Our minds steer us away from harm, and denial is one of the mental tools that it uses to do this. When we receive a very risky offer, or when want to stop a painful memory from torturing us, we can deny it to preserve our wellbeing.

Ironically, this protective mechanism sometimes tells us to deny things that would benefit us. This is because the mind flags anything that we want to avoid as harmful, even when it is not harmful.

Removing a substance from a person that has been ahbitually using, will spike an inherent anxiety as the mind is effectively losing a “supportive”, “relationship”, so the minds automatically marks the removal of the substance as a “loss” and automatically kicks in “anxiety” or a “seeking” behaviour to recover the loss.

The consequences of removing a substance can equate to “relationship loss” or death of a close friend or family member. The minds response is to “fix the problem” rather than have to deal with the deeply painful grief. This is a natural and involuntary cycle that is not specific to people with addictions but any human being that has an emotional connection to other human beings.

Never be biased against a person struggling with denial. As ridiculous as it sounds, your embedded assumptions may not be as concrete as you think. Clear your mind and open it to new thoughts, you have not walked a mile in their shoes.

Do not try to persuade a person in denial without actually taking the time to understand their core problems. Their mental health journey has been long and hard and they probably know more about the state of ther mental health and practical recovery than you. So listen before you advise or direct.

Learn about the substance that is being abused. You cannot win a battle against an unknown enemy. In most cases the object of an addiction is a key indicator as to what hole or gap the person needs to fill in their lives.

Normal talks end in fights and frustrations, until everybody gives up and disaster follows, but if you follow the right intervention guidelines you can achieve success.

Note: One has to be sure that a denial is false. A person may, in fact, be falsely accused of trying to deny responsibility with fabricated excuses. In some cases it will be difficult to determine whether the denial is valid or false and then you should get advice from a professional therapist.

Examples of denial in substance use disorders

Human beings can be such passionate manipulators that they often believe their own stories. They fill their minds with arguments that support their views and can instantly launch a torrent of counter-attacks when confronted. They are also good at deflecting or steering arguments in other directions.

Denial is the most common defence used by people with substance use problems. It may seem like a simple defence to overcome, but when you talk to trained mental health professionals, you realise that it is far more complex than you think. If it were easy, it would not be such a big issue for ordinary people who want to help their loved ones beat their addictions. They battle it for years, and sometimes they never conquer it. Independent family attempts to persuade the person often ends in unresolvable arguments. After a while, people get tired of the fighting. They give up and desert the the peson in denial, but people close to the person hold onto the grudges, open wounds and scars, because they too cannot find closure.

If an intervener calls on a professional, experienced recovery therapist or coach for help, they can avoid an unnecessarily long and anguished, hit-and-miss process. In South Africa we are blessed with highly competent therapists and rehabilitation centres where this issue is treated on a daily basis.

Trying to use common sense, logic, random advice and other self-help efforts rarely succeed. The best option is to contact a therapist in person. When you consider all the emotional and material consequences of a drawn out do-it-yourself process, there is no other option.