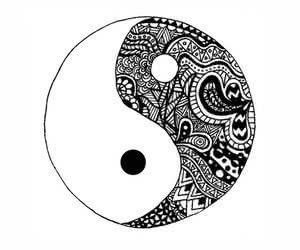 Ecstasy (also known as MDMA) started out as a failed medical experiment in 1912. It was tested for various other applications thereafter, but with no positive outcomes. It was only in the 1970s that it gained popularity as a “party” drug at venues like nightclubs, “raves” and private parties. Although it was declared illegal, it remains in circulation. Users see it as a “booster” that enhances alertness, socialising, enjoyment of music and tireless dancing.

Apart from it’s energising effect, it gives users a false sense of harmony, love, peace and connectedness with other people. Side effects include impulsiveness, openness, affection (even towards strangers), sexual arousal, distorted perception of time, intense exhilaration and acute awareness of colours, sounds and touch. There may be tooth grinding and jaw clamping. The eyes become diluted and the heart rate increases.

Intoxication starts 15 to 90 minutes after ingestion and lasts from 1 to 5 hours (depending on the volume, quality of product and the user’s tolerance level). When the effect wears out, it is followed by fatigue and depression. Long term usage leads to progressive tolerance and dependency.

Ecstasy is related to amphetamine. Pure ecstasy is a white crystalline powder, but is usually sold as tablets with different shapes and colours. Most are round, but some are heart, clover or diamond-shaped. They can be white, beige, gray, yellow, red or blue. The pills have different stamped logos on them, for example; “Mitsubishi”, “Cherry”, “007”, “Coco Chanel”, a seated lady, a skull, the letters “E”, “X” or “XTC” – and many other inscriptions. Some street names are; love pill, eccy, eggs, essence, biscuits, clarity, beans, pingers and snowball. Ecstasy can be injected with a syringe, but is usually taken in pill form.

Ecstasy is physically and psychologically addictive. The body quickly becomes accustomed to the drug and, over time, it is necessary to progressively increase the dose to achieve the same euphoric effect – this multiplies the liabilities, as it also increases the negative reactions and results a relentless snowballing effect.

There are many risks involved, during both the active phase and the following days. It ranges from taking risky tablets (diluted with toxic or conflicting chemicals) to various other acute and long term consequences. Some of these can cause sudden death.

Although not conclusively proven, there is good evidence that abuse causes permanent destruction of certain nerve cells which are important for memory and mood regulation.

Because of the user’s resilient nature whilst under the influence, they can be coerced into taking other, more lethal drugs. The other drugs which are sometimes added to the pill compounds, without the user’s knowledge, can also lead to additional, even more harmful addictions.

The contents of the tablets differ substantially. They come premixed with a variety of substances, some of which are other types of drugs, plus an increasing variety and volume of toxic bulking compounds now being mixed with illegal drugs. Because of the crude production process, the strength and risk level of the end product is unpredictable, but it always carries a high risk of chemical poisoning. In some cases, death may occur before emergency treatment is sought.

Some of the side effects of using ecstacy

How to end ecstasy abuse

Abusers are usually reluctant to face the negatives and tend to only remember the euphoria they experience during their encounters with the drug. Peer pressure and vain ignorance play additional roles.

They are often subject to inherent emotional issues, which propel them to use the drug as a “crutch” to overcome these obstacles.

Things like the above make them resistant to pleas for submitting to treatment, but there are various intervention services and proven therapeutic processes available to entitle them to a full and happy social life, without any need for illegal drugs.

If you are concerned about this, whether for yourself or another person, then please phone us for reliable  advice or an appointment for a confidential discussion with a professional adviser. We can also assist with advice about intervention techniques. The solution is as simple as dialing the number provided at the top of this page or contacting Recovery Direct South Africa.