How We Develop Unhealthy Thinking Patterns? 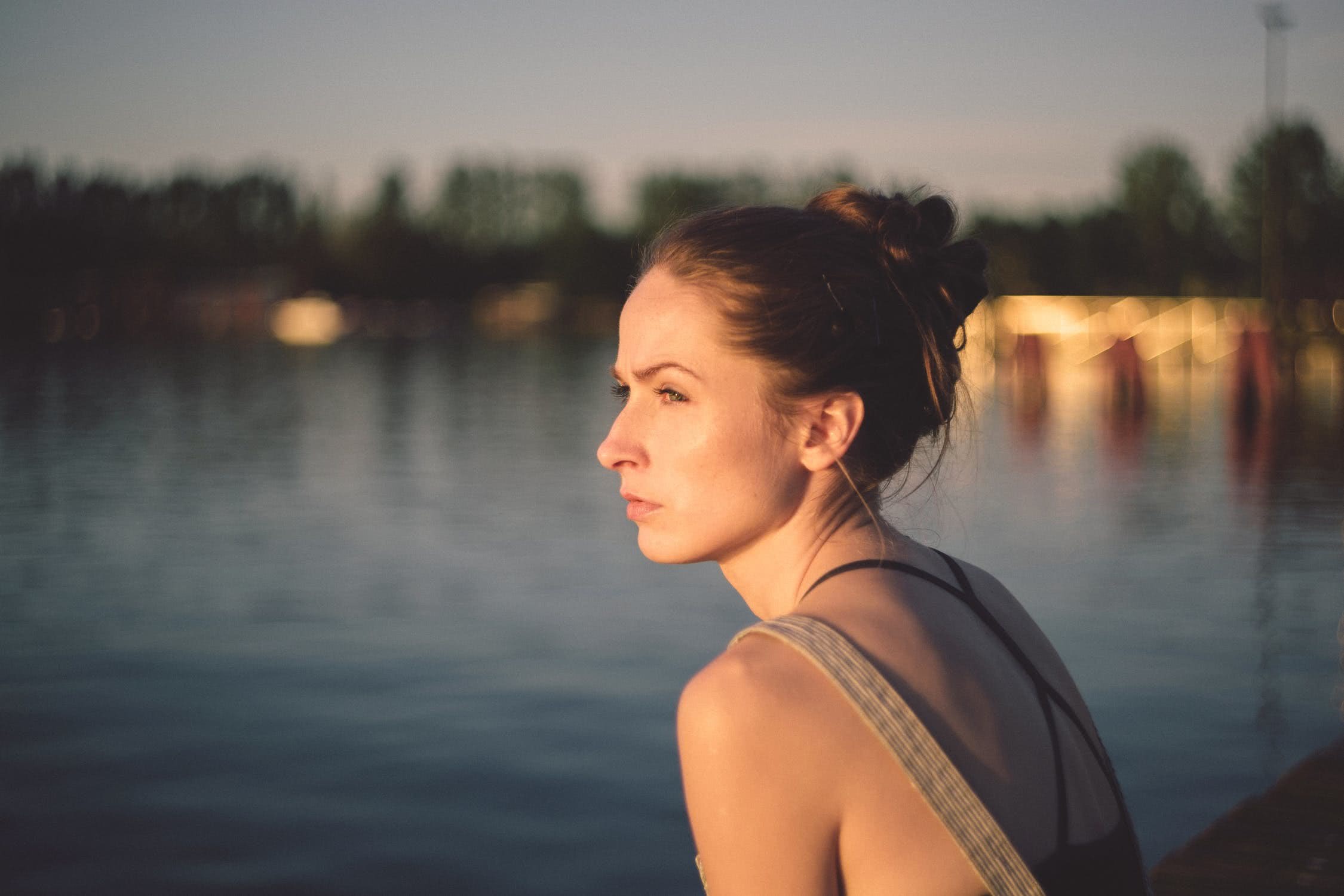 We are all born with a measure of awareness and a tendency to worry, but these are limited to our natural needs and usually well controlled. Extreme thoughts are the products of patterns that we adopt, or learn after we are born.

Our psyche, viewpoints and cognitive distortions are a complex mix of how we interpret the world.

These are some of the life experiences that can mould our thought processes into unhealthy thinking patterns that can have dire impact in adult life:

Physical exposure to a specific traumatic incident: Being the victim or witness of a terrible accident, assault, rape, murder, war, earthquake, or any other terrifying physical event that leaves a lasting impression of horror. Post-traumatic trauma, where a person relives the horror in their minds, is a serious condition that leads to an array of other problems, such as anxiety, depression, addiction, etc.

Exposure to a dysfunctional family home: Children, who are impressionable and have no control over a dysfunctional home, suffer most. Emotional wounds form when parents abuse drugs or alcohol, or have flaws that force the children to assume roles that expose them to mental anguish. Their maladapted thought patterns become fixated and they carry the processes into adulthood.

Long term exposure to a sick person: When caring for or sharing a home with an ill person for a long period, you can be negatively affected by the person’s suffering. Melancholic or heavy-hearted patients accustom you to their negativity. Even if the person puts on a brave display of positivity, just observing their suffering can steer you to negativity.

Learning from others: We learn through exposure and repetition. If we share our living or working space with any negatively-minded person for a reasonably long time, we can inadvertently learn or adopt their ways of thinking and acting. This is especially true of children that grow up with negative, pessimistic or otherwise distrustful or toxic parent relationships that do not adequately support their child’s emotional needs and states.

Repeated exposure to traumatic events: People in some professions, like ambulance personnel, police, firefighters, soldiers, medical workers, funeral services, etc., are repeatedly exposed to scenes that can demoralise them and establish negativity or anxiety as intrinsic emotions.

Complex trauma:  Exposure to many traumatic incidents, often of interpersonal nature with wide-ranging, long-term ramifications in adult personality. Abuse or severe neglect are examples of severe events however many “small” traumatic events over a lifetime can influence unhealthy thinking patterns. Bullying, growing up in a single parent high-stress home, being abandoned by a parent or not being shown adequate love and support as a child. Children of divorced, toxic or destructive parental relationships that grown up in unsettled home environments (changing homes, schools) can grow up with complex trauma.

The daily news: The human mind is naturally alert to anything that seems like a threat. Television, the movies, mobile phones, the internet, newspapers and magazines exploit this and bombard us endlessly with news designed to trigger a shock response. The daily overdose conditions us to gloomy expectations.

Success and looks: The paparazzi news about celebrities can have a negative effect. Some idols are exceptionally attractive, and this leads people to link success to beauty. If an average person does not match an idyllic image, they may feel hopeless. They may even starve themselves in an attempt to gain beauty and, thus, success.

Social media bullying: With the internet and mobile connectivity, came the rise of mass access to social media. While it is a great source of communication for the average person, it can also be abused by reckless people to spread false, harmful gossip about innocent people.

Abuse of drugs, alcohol and medication: Unhealthy thinking may lead to substance use disorders, but the opposite is also true in respect to healthy thinkng patterns. People with substance use issues often start taking substances for reasons other than unhealthy thinking, but once they are caught in the web of addiction, depression and general negativity can set in as a secondary symptom.

In cognitive behavioural therapy (CBT) we learn to notice cognitive distortions that could be causing us to feel angered or depressed in various life situations and construct better ways of handling them when they occur. Whether or not you are in therapy, recognizing and identifying these distortions up-front can be a helpful tool in the long run in tools of your mental health and wellbeing specifically in respect to relationships. Despite the fact that they’ve been simplified into 11 categories, there’s a lot of overlap between these categories and many more subtle versions of each.

As a result, everything is viewed as either excellent or terrible, black or white, with no room for any “shades of grey”. A widespread misconception that leads you to believe — and feel — that if you don’t get everything you desire, then you don’t get anything at all. It’s also the idea that you must be perfect at everything, or you’ve failed completely.

Believing that something is true based only on the fact that you feel it to be true, even though there is no evidence other than your feelings, or worse yet that even with the evidence, you still feel a situation to be true, even while it is not.

Because I’m lonely, this is a clear indication that nobody likes me, or perhaps I’m terrified to ride in an elevator, thus all so elevators must all be unsafe.

The tendency to generalize.

Taking one bad occurrence or detail from a scenario and turning it into a general pattern that then applies to your entire existence. The other individual didn’t want to hang out with me, for example, there is no one who wants to spend time with me. Or: The dinner that I prepared today was terrible. There is nothing that I can do right!

The use of labelling

In other words, it’s when you put an undue label on someone else or yourself or a relationship. So that you can’t see the real person behind the label anymore.

You can think of it as: Today, I fell down while trying to score a goal in soccer. Unfortunately, I’m not very good at using my hands and have a tendency to drop things. In the talk, I had nothing to say. There is nothing intriguing about me at all!

Insights into the future

Basically, it’s a prediction that something bad will happen. This might lead to a negative outlook on the future, which can affect your behaviour and increase the likelihood that the event you’re predicting will go awry.

For example, I’m sure I’m going to fail that exam (so you panic and perform less effectively on it). It’s also possible that if I reach out to this person, they won’t be interested in talking to me or accepting me (so you don’t reach out and take a chance on connecting with someone you want to know better or gain assistance from).

The ability to mind read

Assuming that you have a full understanding of what another person is thinking and that it reflects badly on you.

In the case of my conversation with a friend, he doesn’t seem to be listening. Perhaps they do not approve of my presence in their midst? If they’re having trouble concentrating, it could be because they’re distracted or anxious about something unrelated to you.

What it is: Exaggerating an issue or a poor situation.

The worst party I’ve ever attended! Or: I’ll die of embarrassment if I don’t get a base hit.

The Neglecting to Acknowledge Positive Aspects

(also referred to as minimization)

As an example, I did well on a test, but I was merely lucky on that occasion. Maybe she’s only trying to be pleasant when she says, “I adore hanging out with you!” She’s not being sincere.

Only focusing on the negative aspects of a situation instead of all the positive or neutral parts.

Imagine writing a paper for your teacher and getting plenty of nice feedback, but then realizing you misspelt someone’s name. One thing that comes to mind is that it’s incorrectly spelt. A day may have several great chats, but also one awkward conversation. You can’t stop thinking about the awful statement you made, and all other social situations seem to fade into obscurity.

Making things about you when they aren’t really about you Included in this are self-blaming and personalizing situations that aren’t meant to be destructive.

It’s possible that my parents wouldn’t be divorcing if I hadn’t been so demanding. Or: What a jerk to walk in front of me! It’s okay if the person who cut you off didn’t notice you.

Think in terms of “shoulds” and “musts” (and vice versa).

Example: I should be able to give presentations in class without having any worry about doing so Then what’s the matter with me, exactly? As a result of this thinking, you are likely to be more apprehensive about speaking.

We develop cognitive distortions from childhood where much of the role of parents is to help children develop the necessary tools to be able to mediate life circumstances on their own.

Cognitive-behavioural therapy (CBT) online encourages people to discover, confront, and eventually change their thinking so that they can have healthier, more balanced lives. As a result of CBT, parents can also assist their children in recognizing cognitive distortions and reducing their severity.

One of the greatest places to begin is with your own cognitive distortions. Learn the many sorts of thought processes and try to recognize them on your own.

There is no way to overstate the importance of noticing cognitive distortions in a non-judgmental manner, adds It is much easier to help someone else see their distortions when you have mastered the ability to recognize them in yourself. When you make them, call them out in a lighthearted way, and allow people to do the same.