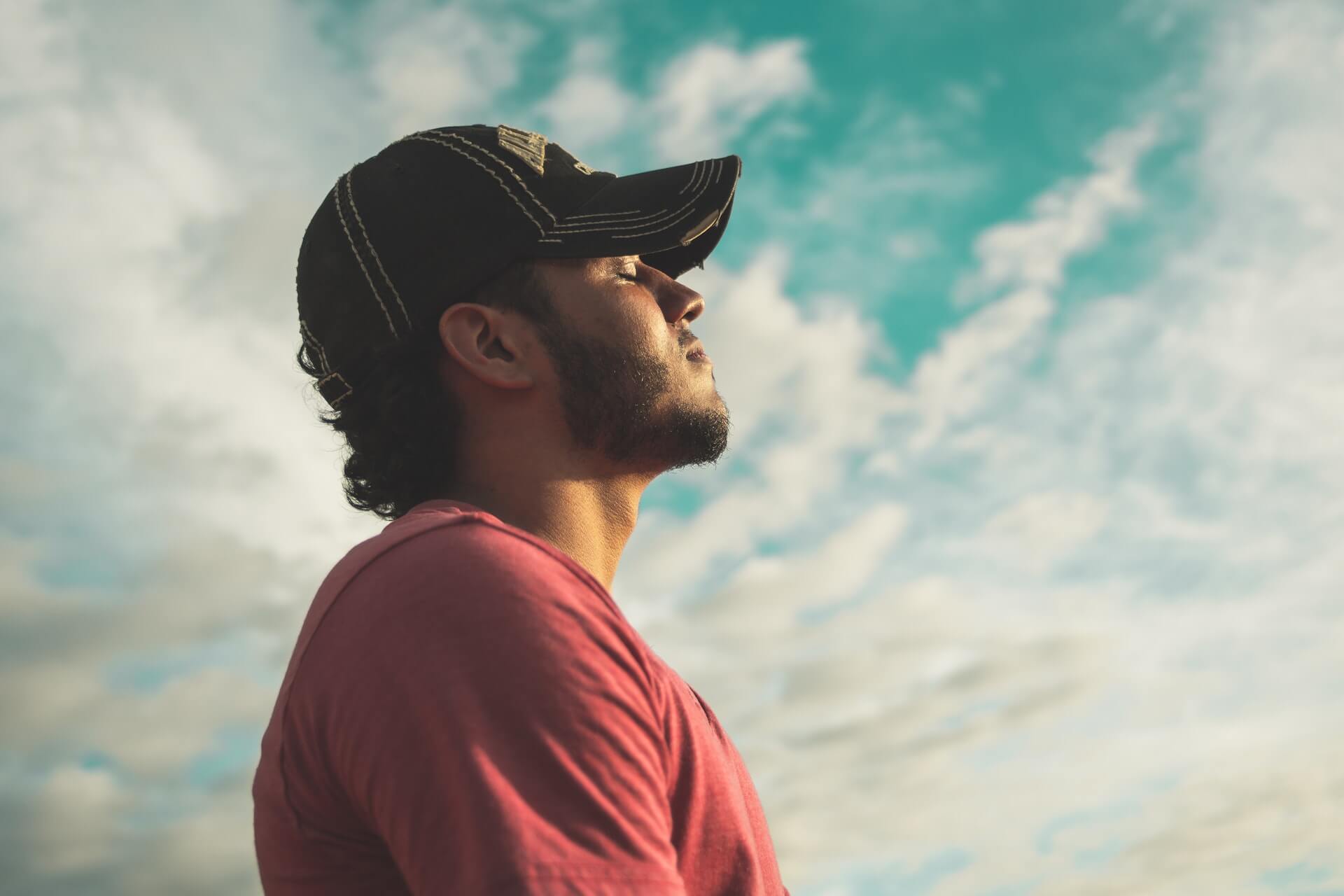 When a person is traumatized or stressed, they frequently have physical symptoms. Tightness or tension in the chest and stomach is often referred to as “gut pain”, as well as aches inside their throat produced by the sensation of wanting to scream for help but being unable to do so usually referred to as “throat pain” are some instances of these symptoms. Some people wake up at night due to nightmares and other painful thoughts related to past traumatic events, which can lead to chronic fatigue.

PTSD has been related to a variety of unpleasant experiences, including gastrointestinal issues, addiction, chronic migraines, and difficulty sleeping.

The polyvagal theory of Stephen Porges gives a valuable map of the nervous system.

The vagus nerve is a long cranial nerve that originates in the brainstem and travels to various organs throughout the body, performing critical duties such as conveying sensory input from external triggers to the rest of the body.

In terms of either trauma or brain-body sciences, we think of the nerve as a cable linking us to our brain, rather than as a nerve that runs through our peripheral. It sends information to our brain about the state of our bodies.

The parasympathetic nervous system is directly connected to the vagal nerve and often plays a role in mental illnesses, but the sympathetic nervous system has its own purpose and can induce anxiety-related disorders. These two systems can be disrupted by a traumatic or stressful incident. If these systems are endured as a result of repeated and/or extreme trauma, it’s time to schedule a therapy appointment to tone your vagus nerve.

The vagus nerve is also an important part of your parasympathetic nervous system, which helps you relax and digest food. It affects your breathing, digestion, and heart rate, all of which can have a significant impact on your mental health and wellbeing.

But it’s the “tone” of your vagus nerve that you should focus on; this is the internal biological mechanism that indicates how active the vagus nerve is. As a result, it’s critical for us to realize that a higher vagal tone indicates that our bodies will relax more quickly following a stressful situation.

The vagal response is a significant health-protective mechanism. When you’re calm, you’re more likely to experience favourable feelings, which leads to better physical health. The Cleveland Clinic’s Dr. Mladen Golubic explains that “the vagal response reduces stress,” which means that when we’re calm, our heart rate and blood pressure both drop! Because it activates certain portions of the brain as well, it causes alterations in activities such as digesting.”

The vagus nerve, which is involved in heart rate variability (HRV) and respiratory regulation. This discovery steered researchers in a new direction, as they sought to understand how various activities affected HRV.

Many studies have discovered that the vagus nerve has an effect on HRVs and respiratory sinus arrhythmia. The outcomes of the study were primarily focused on determining how different types of physical activity affect these two factors.

The periodic oscillations of your heart rate that occur with breathing are referred to as HRV. Higher HRVs are connected with a stronger ability to withstand and recover from stress, whereas lower HRVs are associated with increased anxiety. The more mind-body therapies that improve heart rate variability are used, the easier it becomes for people to switch between states like exhilaration and ease.

If you have a low vagal tone, you can boost it by stimulating the nerve that controls it. This will allow you to respond more effectively to any emotional or physiological symptoms of mental illness, so don’t forget to take care of yourself even when things are rough!

Following these techniques can help you tone your vagus nerve and get the rewards.

Researchers discovered that regularly exposing oneself to colder environments can reduce your sympathetic “fight or flight” response by enhancing parasympathetic activity, which is controlled by the vagus nerve.

For beginners, consider concluding each shower with at least 30 seconds of ice-cold water before progressing to greater durations of time.

Another technique to stimulate your vagus nerve is to breathe deeply and slowly.

Most people take about 10 breaths per minute, but whenever you feel tense or nervous, take 6 deep breaths from your diaphragm over a 60-second period. Your stomach should extend outward as well, stimulating our brain’s relaxing response, known as “the relaxation effect.”

Alternate-nostril breathing is another option.

“Why isn’t my brain working?” is a common question Dr. Datis Kharrazian hears from patients suffering from cognitive dysfunction or chronic pain difficulties. It’s no surprise that the vagus nerve connects your vocal cords to the muscles in the back of your throat; singing and humming can stimulate these areas, which stimulates Vagus Nerve X. (VNX). This stimulation helps to increase heart-rate variability and vagal tone, both of which are vital for cognitive function.

Gargle water before ingesting it since studies have shown that this triggers VNX, providing you greater energy throughout the day!

A surprising relationship between the gut and the brain has been uncovered by scientists. Probiotics like Lactobacillus Rhamnosus, which is present in yogurt, have been demonstrated to help with depression, anxiety, stress hormone levels, and more.

The vagus nerve also serves a crucial function in connecting all of these locations.

Meditation is an excellent approach to unwind and boost vagal tone. Meditation has been shown to promote positive emotions, including sentiments of self-love, according to research. According to one study, it lowers sympathetic “fight or flight” activity while increasing relaxing pro-vagal modulation signals (lowered heart rate).

Failing which, it is also useful to simply sit quietly, actively taking some time to de-clutter your thoughts.

Omega-3 fatty acids are necessary lipids that your body cannot make on its own. They are critical for good brain health. Omega-3 fatty acids have been proven to aid in the recovery of addicts, the repair of a “leaky” brain, the reversal of cognitive decline, and even the modulation of stress responses.

Omega-3 fatty acids have been discovered to boost vagal tone and activity, which governs things like sleep and hunger and can lead to a lower heart rate, according to research.

Exercise boosts your brain’s growth hormone, protects your mitochondria, and aids in the reversal of cognitive decline. However, it has been proven to stimulate the vagus nerve, which could explain its cognitive and mood-enhancing properties. Many experts suggest that exercise is the most important thing you can do for your mental health!

Choose a sport or form of exercise that you enjoy so that you can keep up with it on a regular basis.

Massages are an excellent technique to stimulate the vagus nerve, which can assist to reduce the sympathetic response, reduce seizures, and increase heart rate variability. You can do this in a variety of ways, including getting foot massages (reflexology), stimulating pressure points on your body, or getting a full body massage from a therapist.

Researchers discovered that just thinking about favourable social ties enhances the vagal tone and boosts positive feelings. Laughter has been demonstrated to improve mood and increase heart-rate variability. So, our advice is to spend more time with your friends—this is especially crucial for us introverts who may shy away from social situations.

The Vagus Nerve: Some Biology

The autonomic nervous system is divided into three parts, the oldest of which is the dorsal vagal system. In life-threatening conditions, this component of the parasympathetic nervous system immobilizes your body by supporting a shut-down response.

The sympathetic nervous system is a relatively young evolutionary development that mobilizes the body in reaction to threats by triggering the fight-or-flight response. Most notably, mind-body therapies aid in the activation of one of this evolutionary tree’s newest branches: the ventral vagal system. Because it triggers an ancient branch from your ancestors that were originally protected against predators like tigers or bears but now conveys peace without fear on social networks like Facebook, this “social engagement” structure helps you relax and connect with others when you feel safe.

“With clients who have trouble calming down after a stressful event, understanding how their bodies respond will allow them to understand what triggers make sense for them – either fighting back against those emotions with stress management techniques or taking time away from stressful situations until they’re able to help themselves better manage themselves.”

Our nervous system’s other two components assist us in dealing with life-threatening situations. The sympathetic fight or flight and parasympathetic shutdown, also known as freeze or faint, are two defence processes triggered by these systems that most counsellors are already familiar with. Our social engagement system necessitates a sense of security.

The vagus nerve aids in the regulation of the link between emotions and physiological functioning. It is known as the polyvagal theory.

How do we develop unhealthy thinking patterns?
10th Aug 2021