You Were Born Into Toxic Masculinity… 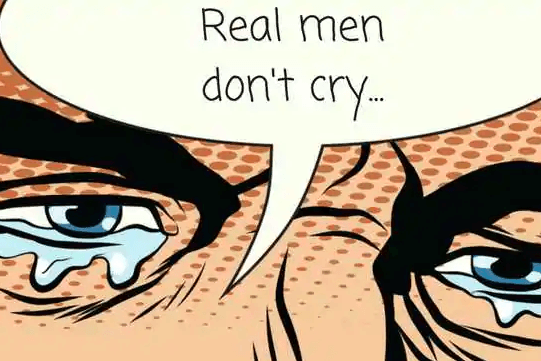 Toxic masculinity is simply one of the many ways in which complex patriarchy systems still damage the progression of male roles in modern society today. The inherent push to win, seeking the pursuit of power, status or enforced dominance. The acceptance of anger, violence, unemotional detachment, sexually aggressive behaviours are just some of the “tough it out” ingredients are used to bake the toxic masculinity cake.

Men who demonstrate toxic masculinity routinely avoid doing anything that could be construed as “feminine or gay”. They then often overcompensate to show that they are manly or straight. Toxic masculinity exerts male dominance and control within intimate relationships that can often be supported by female partners.

Toxic masculinity is when a man uses their masculinity in a way to belittle, degrade, hurt and make someone feel lesser. The harmful associations of “maleness” in our culture.

Since day one men and woman have been taught what masculinity “really is” and “how it should be”. This has been communicated in their families, cultures, through social interactions and by the media. Men have been taught this very warped meaning of what it is to be a ‘Man’ – teachings that instruct them to be overly sexual, dominant, show physical prowess, make inappropriate comments, objectify women, suppress any emotional expression and above all else, ensure an absence of any displays of vulnerability – in other words, men are taught to have either limited or absolutely no conversation around struggles, insecurities and emotion.

The escalation into criminality in the format of rape, murder, abuse, assault and other forms of violence land up being perpetrated mostly against women and children as the “soft targets” is still linked to the seemingly milder and accepted perpetrations listed above.

As a society, we need to start understanding and rapidly shifting toxic masculinity into a progressive non-toxic and acceptable format that provides unequivocal safety for women and children across the board.

Toxic Masculinity is Where The Rape Problem Starts

The effect of toxic masculinity often tends to be more prominent with males who also internally and socially promote “toxic” masculine behaviours and interactions as their societal “norm”. This makes “it okay” to perpetuate and promote the intentional exert of “power” over women or “trophy hunting” sexual exploits (consensual or not) frequently termed “playboy” or “fuck boy” or the “rape culture“.

Toxic masculinity features an entitlement belief system based around a distorted and deeply flawed ego, wherein they are “better” than other people, physically and intellectually. In commonality with the narcissistic male personas of “what men ought to be like” can inadvertently translate into a grandiose sense of self-importance and an internal fantasy world that further supports their delusions of grandeur, seeking praise and admiration for their perceived success as a man by exploiting “weaker” people.

Frequently these exploits are internally justified by a broad range of other egocentric traits that make sense to the perpetrator and permits them to continue unchallenged. Perhaps the most problematic issues with toxic masculinity are the willingness and intent to exploit others without guilt, shame or retribution. This is the realm of gender violence that South Africa and in many regions of the world face.

The extremity of toxic masculinity demeans, intimidates, bullies and often belittles others on unnecessary quests to gain the “one-up” or some self-perceived “advantage” over others (particularly in the case of women, children) but also features in work and social interactions with other males.

These are the extreme cases and support for toxic masculinity can be a lot more subtle and may even go unnoticed in the fray of day to day life.

In our imaginations build a construct of a person that we simply cannot identify with. The rapist! The criminal! The bad guy.

Raising boys into men and girls into women we will all be exposed to many traits fo dominance and pursuits of power and distorted perceptions about how men should treat women and children.

By default elements of toxic masculinity are present in the cultural upbringing of all young men and women which is why the cycle perpetuates.

We choose how to what degree we respond to these influences and the complex expectations in society differ from individual to individual, but they are unilaterally present.

Traditional “masculinity”, “manhood” or “manliness” is a set of features, inherent behaviours, and many customary roles that often associate men with traits of physical strength, emotional courage, independence, leadership skills, and assertiveness. The origin of these societal perceptions dates back to times beyond any living memory.

The expectation of men being the “hunter”, “breadwinner”, “dominating” were inherent to our species success to whichever degree you believe, the converse perception that women adopting “submissive” roles in society and relationships is yet another component of the systemic nature what perpetuates this problem to some degree.

In the context of modern society where we are no longer in life and death struggles with sabre tooth tigers or fending the farm from woolly mammoths simply to survive. These “attributes” in male culture are essentially obsolete as women effectively should play an equal role in commanding essential modern-day hunting, breadwinning, child-rearing, housekeeping e.t.c as should men.

Toxic masculinity is essentially warped by an unrelenting and distorted cultural relationship of perceived masculinity.

While it is easy to focus only on the many harms created by men and the attributes of their current gender role insecurities. One can not ignore the wider, systematic nature of the beast in our modern-day culture as it stands.

The bottom line is that in order to change as a society (men and women) we need the courage to challenge and shift the viewpoints from all fronts.

Non-toxic masculinity is about accepting the fact that all men possess inherent emotions, and that it is socially acceptable to deal with these things where they stand and not in repression.

Repression of feelings like sadness, fear, insecurity perpetuates the “toxic” climate for the progression of modern masculinity. Henceforth non-toxic masculinity would seek to accept that progressed boys and men are unilaterally permitted to express their emotions without de-valuing their experience as a male or infringing on their right to express their format of masculinity.

Instead of looking for someone or something to blame for the position we are in, it is vital to turn introspectively towards the issues and change our own behaviour. To be intentionally self-evaluating and critical.

Create a new norm and standard of what is acceptable behaviour. Commit to fostering and encouraging healthy forms of masculinity.