Why Is It Good Business Sense To Hire Recovering Staff 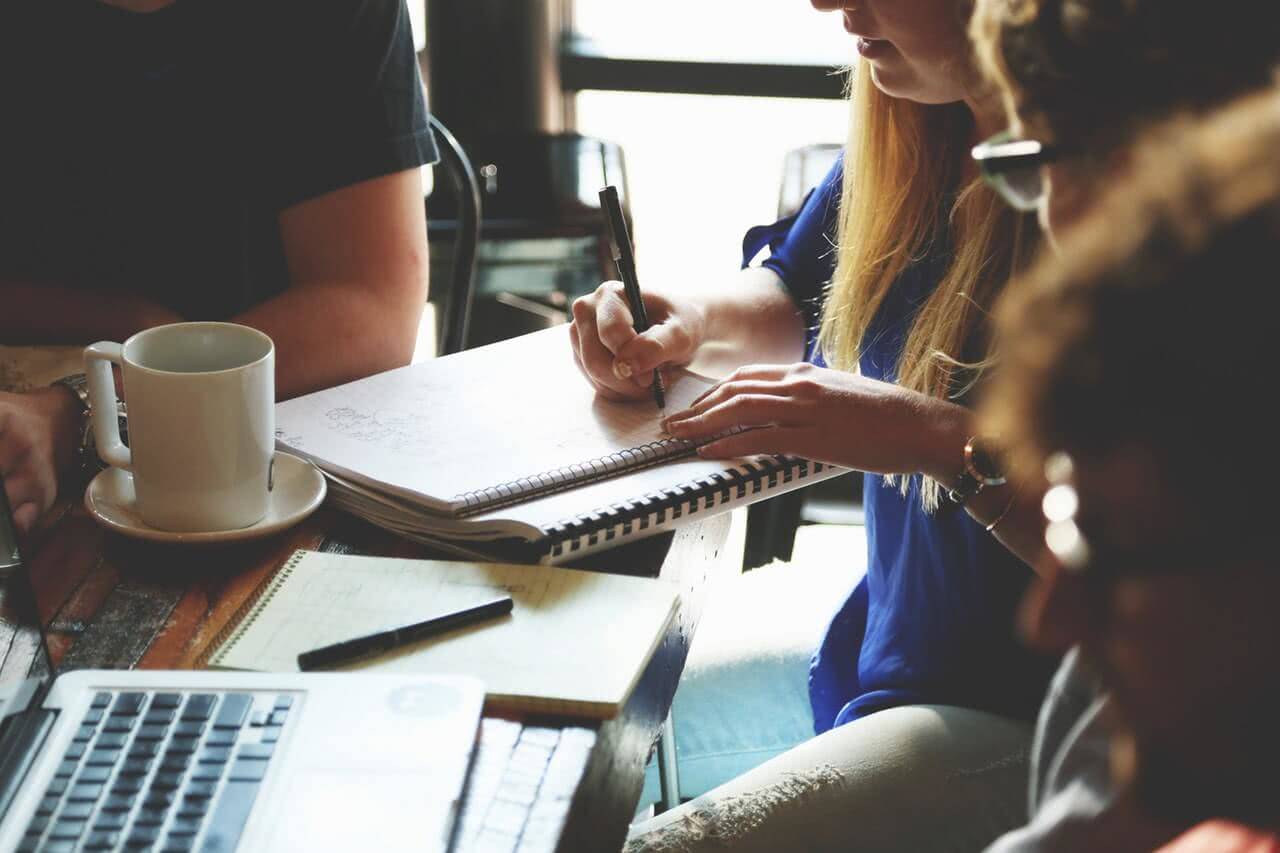 There are more than a few companies who only hire people in recovery. And not all of them are owned by ex-alcoholics and ex-addicts. They’re run by people who have seen the benefits.

Many claim the advantages of giving these staff a second chance in life. A FastCompany article quotes the CEO of an oil-drilling technology company, Venturetech: “There was a time I didn’t like walking through my own shop because of morale, but the grateful attitude of those in need really changed the atmosphere.” In the UK, Work & Pensions Secretary, Iain Duncan Smith, unveiled schemes to help ex-alcoholics and drug users. “They can be motivated, highly loyal and committed workers and all the more grateful for the opportunity because of their history.”

“An attitude of gratitude,” as it’s called in the recovery community.

Some of their findings?

Employees are more motivated to work for a company that helps them get their lives back. They put more effort into achieving financial, social and personal stability. There’s less absenteeism, because abstinence means they won’t be partying during the week or bingeing on weekends.

Many too, have learned new insights in rehab or through 12-step programmes. They take on values like honesty, open-mindedness and willingness – values that serve both personally and professionally. They’ve learned empathy, understanding, and better communication.

For example, Tradition 12 of, among others, the AA and NA programmes talks of placing principles before personalities. So people in recovery talk about the issues at hand, rather than blaming others or pointing fingers. It does wonders for both efficiency and morale.

Through the 12 Steps of these same programmes, these people learn of their own personal character traits. By knowing when they can become overbearing or dictatorial in management, they learn to give other staff more scope, professionally and creatively. They avoid the people-pleasing of over-promise, or kowtowing, or not standing their ground – all character defects which can have disastrous effects on business profitability.

When a person admits to being a recovering addict or free from alcohol, they’re showing enormous strength and courage. The have a new-found inner willpower that companies are learning to harness.

ADDICTION IN THE WORKPLACE
It’s easy to see how alcohol or drug dependence causes problems on the factory floor, or with line workers: accidents, fatal injuries, loss of production, equipment damage.

Those terrible moments when your heart leaps, your skin goes cold. The entire company gets thrown, and takes ages to drag back to normality.

Gossip reigns.
But there are quieter, more insidious effects. The late nights of substance-chasing leaves addicts and alcoholics with only half a mind on the job. Maybe it’s a hangover, or they’re tired.

Maybe they’re thinking ahead and planning the next hit.

You could have substances hidden on your premises: alcohol, marijuana, tik, cocaine, heroin, crystal-meth.
It’s a disease (a dis-ease) that drags the whole company down, making everyone feel restless and insecure. Fears of conflict, arguments and disagreement make people tip-toe about and avoid decisions
Sometimes, it’s only that an employee lives with an alcoholic or addict. They still bring the effects into the workplace: absenteeism, lack of focus, health problems, panicked phone calls and raised voices. There’ll be a lot of emotional manipulation, self-pity, excuses, and looking for sympathy.

Research says that one in ten people has a substance-abuse problem. While firing a worker is often a necessary and good short-term answer, long-term results depend on having good policies … and understanding people to implement them.

Written policies can only go so far – they do protect the company legally. But other companies turn addiction to their advantage through health benefits that offer full cover, like counselling and aftercare, for substance-abusers. They educate employees about the health and productivity hazards through wellness programmes. They implement designed programmes suitable to their exact field.

Importantly, they reduce the stigma that prevents people from asking for help, and that leads others to protect and enable them. Read more here.

WORKING WITH EMPLOYEES IN RECOVERY

A returning alcoholic or addict – one who has taken treatment to heart – isn’t looking for special, preferential treatment. If anything, they want to be treated like everyone else. Many of them are keen to make a new contribution; to make the most of their second chance.

For all that, things aren’t as they were. They’re certainly better, but also different. Recovery is not complete the moment someone comes out of treatment, but is ongoing. They’ll need to ease back in, to restore their concentration, professional confidence, and regain colleagues’ respect.

It’s a good idea to have a back-to-work meeting with the staff-member, his or her addictions counsellor, your HR manager, and anyone else who’ll be directly involved in the daily operations. It gives everyone an idea of what went on in treatment, what the follow-up will be, and any necessary changes in the work schedule, like travel or supervision. For the company, it’s an opportunity to discuss future performance measurements and conduct.

The employee is likely to go into some follow-up care like 12-step meeting at AA, NA or one of the fellowships. There may be other counselling sessions scheduled. Though these are unlikely to disrupt the working day, they’re vitally, absolutely, completely necessary to recovery.

Which brings us to the nasty question of possible relapse. Don’t let the idea scare you off. It may be a once-off occurrence. The usual causes? Inadequate treatment or follow-up, physical cravings that are difficult to control, use of other mood-altering substances including prescription drugs, underlying mental or physical illness … or simply because the person got lazy or complacent. It’s a wake-up call that recovery is about abstinence plus some very necessary lifestyle changes.

But there are also questions that good directors and managers will ask about the company itself. Is there a drinking culture, where alcohol is the celebration or solace for success or failure? Was there something that prevented the alcoholic or addict from getting help? Are stress and long hours seen as ambitious virtues? And how can things be managed better in future?

WORKPLACE INTERVENTIONS
“Could I have a private word with you in my office?” is the way things usually start. That can work if someone’s just going through a bad patch, or it’s a young person revelling in his new-found independence.
But it’s lost on a true alcoholic or addict. Broken promises are actually a symptom of the condition. So is denial. Sterner medicine is needed. The company may need to take the initiative. Caring companies do.
What is an intervention? It’s a meeting where the alcoholic or addict is suddenly confronted by his closest business colleagues, his family, and his friends. It’s going to be a bitter pill to swallow. Read more on workplace interventions here.

A trained counsellor or facilitator really is vital – hard things will be said and there are real dangers of psychological damage.

Also, what will the outcome be? Presumably treatment at a rehab. The booking needs to be made, and payment provided for. It needs to start immediately, if possible. (Have plans to spread the workload.)
Schedule the meeting for any time that the alcoholic or addict will most likely be sober or clean. The minute he or she walks in, the facilitator needs to make it clear: if they walk out, it’ll have consequences – instant dismissal is just one example.

Each family member, friend, and colleague should prepare. In a caring way, they cover four areas:

After this, the facilitator sums up the evidence of addiction, restates the support and concern of all present, elaborates on the consequences of not accepting help, and explains the treatment programme that has been put in place.

Expect resistance. Denial. Excuses. Alibis. Stick to your guns. It’s for the sufferer’s own good, and for the health of the company. If he or she needs to go, so be it.
If the intervention is successful, the treatment needs to start immediately.

Recovery Direct was formulated by Vaughan Pankhurst and the Recovery Direct team to address the fundamental shortfalls in dealing with addiction in the context of professional workplace environments.