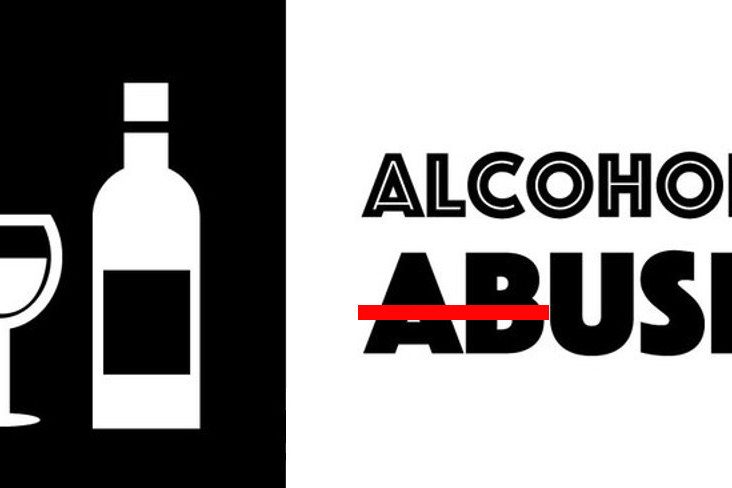 Alcohol has been socially acceptable in most cultures around the globe for centuries. Although it is mostly used in moderation, the prevailing alcohol usage is still very high and has very harmful consequences for society. Efforts to abolish it have not been successful. It is, however, a substance which is controlled and monitored by authorities worldwide.

According to the World Health Organisation:

Of 194 countries monitored by another organisation, South Africa ranks as the 19th biggest drinking nation.

Alcohol abuse also causes serious personal financial losses, homelessness, as well as emotional pain and afflictions in children, which is difficult to quantify on a worldwide scale.

What is alcohol abuse?

Despite being a controlled drug, alcohol’s cultural entrenchment, widespread legal availability, ease of illegal production and black-market activities, render effective control by authorities almost impossible. Fortunately, public awareness means that most people use it in moderation.

Unfortunately, despite awareness, it is still the most abused drug in the world, with the highest incidence of harm. The complicated nature of humans, and of alcohol itself, makes it difficult to control our own destiny in terms of abuse and addiction.

The moderate use of alcohol is obvious and self-explanatory.

Abuse, in street parlance, is a blanket term for any and all forms of excessive alcohol usage. It only tells us that someone drinks (or drank) too much – it does not define the pattern or tell you how often it happens. It is randomly used to replace the words dependency and addiction. Although not decisive, infrequent abuse is the first indication that someone may be vulnerable to addiction.

Dependency is the next step on the way to addiction. The person needs alcohol to overcome a stumbling block but is still in reasonable control of the situation. They do not have dire, compelling cravings for alcohol. They use it whenever they want to overcome anxiety, stress, shyness, etc. The problem is that they are already starting to use alcohol as a crutch.

Addiction is generally seen as the point where someone has lost all control – alcohol completely dictates their lives. They persistently, desperately and compulsively crave alcohol. When alcohol intake is reduced or stopped, they have severe withdrawal symptoms. They will panic and go to extremes to obtain alcohol if it is not immediately available.

Although the stages indicate different risk levels, any alcohol abuse is a high-risk activity. It leads to accidents, fights, legal trouble, recklessness, and, ultimately, persistent abuse causes addiction. Not all people become addicted at the same rate. Some are more susceptible than others, but nobody knows how much they can take until it is too late.

The following are the most common signs that abuse is turning into addiction:

The good and the bad of alcohol

Alcohol can actually make us feel good. For a short while, it soothes inhibitions, anxiety and stress and makes us happy, spontaneous, confident, relaxed and “creative”. Once we discover the rewards, we want to go back for more. That’s when it can turn into a nightmare.

People with emotional discomfort, find alcohol use for a break from unpleasant feelings. They start using it, not only socially, but also when they are alone. This reward-seeking activity is the ideal situation for alcoholism to take root. These are the two worst traps of the temptation:

Tolerance: Over time, you have to take more and more alcohol to get the same feeling you felt on previous occasions. This becomes a snowball that silently grows bigger and bigger until you can no longer control it.

Withdrawals: Your body becomes reliant on the chemicals that alcohol provides. When you stop taking alcohol, your body does not get those chemicals and you become extremely sick. You have to replenish the alcohol your body craves, just to feel “normal” again.

There are numerous things that happen to you when you start abusing alcohol, but these two basic dysfunctions are enough to make you lose control of the situation.

Once addicted, the person starts suffering from a range of negative symptoms, all of which have serious long term effects. Some of these symptoms are:

Here are just a few examples of disorders that may co-exist with alcohol abuse and may also have caused the abuse in the first place:

You may not be consciously aware of any problems, but a trained therapist can help you to uncover hidden emotional disorders and design an effective mental health programme for you. Without treating these underlying conditions, the chances of maintaining sobriety are slim. Treatment will enable you to live a normal and happy life.

Successful sobriety equals the reintegration and restoration of valid relationships. Addiction is a family issue getting the family involved where necessary the family may support group to increase their knowledge of how the issues has affected them and also to share how they have been affected.